Albany, Georgia, located about an hour off I-10 and only 30 minutes from I-75, is an inspiring location for honoring the Civil Rights Movement and the ordinary and extraordinary Black Americans who played their part. 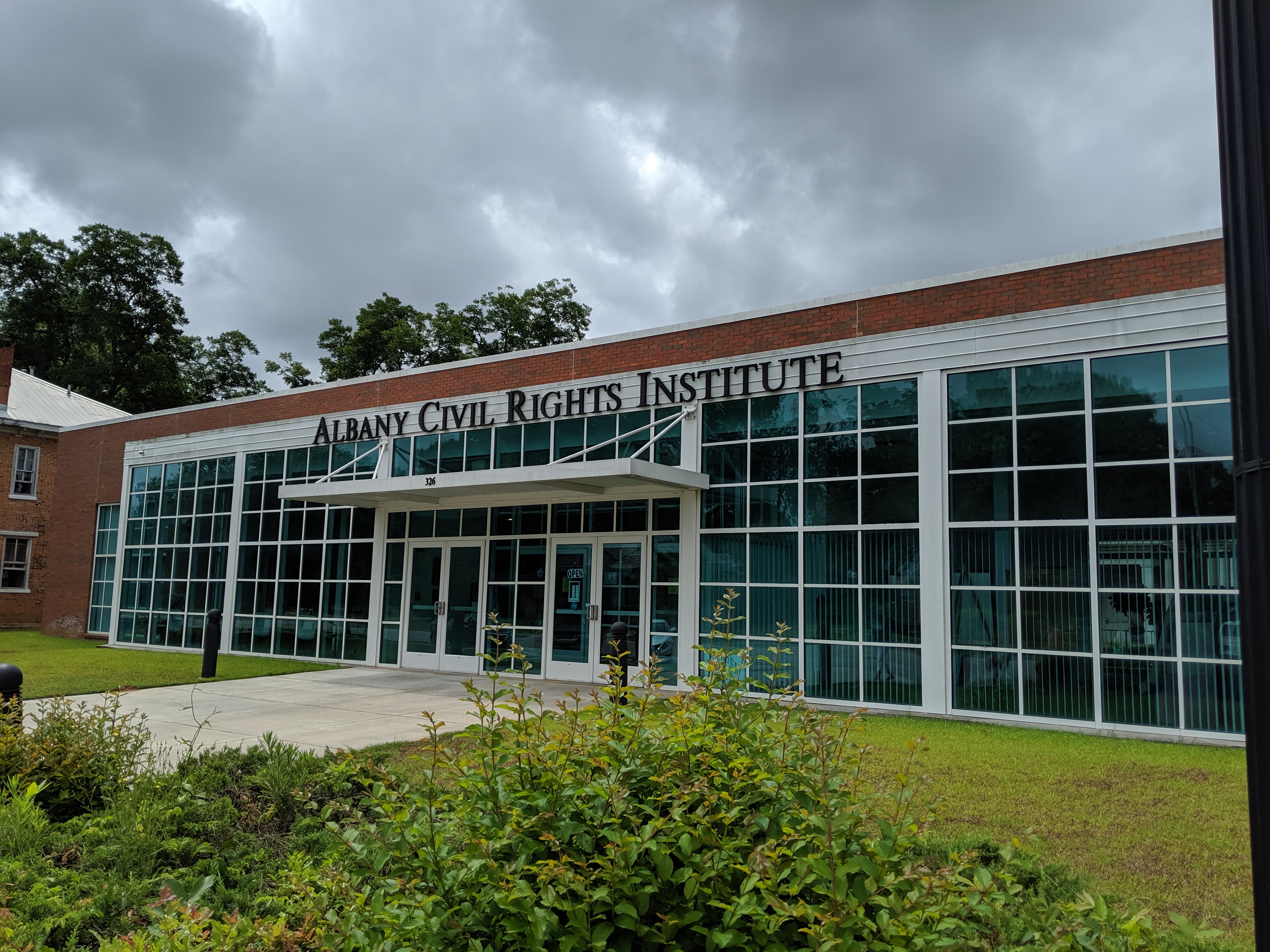 Albany, Georgia, located about an hour off I-10 and only 30 minutes from I-75, is an inspiring location for honoring the Civil Rights Movement and the ordinary and extraordinary Black Americans who played their part. It’s an ideal stop-over on the way to/from Savannah, Charleston or Florida, with urban amenities. As the cultural center of Southwest Georgia, Albany also supports a symphonic orchestra, live theater and ballet company in addition to an impressive museum of art, the Flint RiverQuarium and great dining. Take a few days to explore, experience and learn more about Black History in the first city where residents launched a campaign to eliminate community-wide segregation, the Albany Movement.

Start at the Riverfront at the historic Bridge House. Former slave turned famed engineer Horace King built the original wooden bridge that crossed the Flint River and the Bridge House that now serves as Albany’s Welcome Center, where visitors can pick up trip ideas and information. Nearby on the banks of the Flint River, have a seat on a piano key bench at the Ray Charles Plaza. The rotating, life-size bronze sculpture of one of the most influential singer-songwriters in American history sits at a baby Grand piano, while his most famous tunes–including the state’s official song, “Georgia on My Mind” play continuing concerts. It’s a fitting tribute to the legend who was born here in 1930. He supported the movement, composed protest songs, and in 1963, refused to play before segregated audiences. (916 Front Street, Albany, Georgia 31701 229-317-4760, 1-866-750-0840)

Entering the Albany Civil Rights Institute (ACRI) visitors choose either the historic “White” or “Colored” doorways. Explore the museum’s interactive exhibits and experience the harsh realities and profound resolve that existed in Southwest Georgia under the Jim Crowe laws. The institute’s digital oral database features real-life stories of those who felt the effects of “separate but equal” and those who bravely fought against segregation in the South. A moving documentary tells the story of the Albany Movement. (326 West Whitney Avenue, Albany, Georgia 31701; 229-432-1698; Tuesday–Saturday 10 a.m.–2 p.m. Fee: $6 per adult, $5 students and seniors 65+)

Symbolic footsteps lead to Mount Zion Baptist Church and the Georgia Historical Society Civil Rights Trail marker in front. Here Dr. Martin Luther King Jr. spoke to a crowd of thousands in 1961. Due to the overflow, he made the speech three different times that day between Old Mount Zion Baptist and Shiloh Baptist Church. After the final meeting, Dr. King started Albany’s famous Civil Rights March to the Trailways Bus Station. Since ACRI’s opening in 2008, visitors have learned about the long Southwest Georgia Movement that stretches back to slavery and reaches right up to today.

Continue to the Albany Civil Rights Movement monument, which pays tribute to all the citizens who marched, sang, were imprisoned and risked their lives for equality, and then to Charles Sherrod Park. Student Nonviolent Coordinating Committee (SNCC) field secretaries Charles Sherrod and Cordell Reagon traveled to Albany to begin the 1961 voter registration project. Learn about Dr. Sherrod’s later journeys, his return and his leadership roles in the community over the years. He is now a professor at Albany State University, and his wife is Georgia Director of Rural Development for the U.S. Department of Agriculture.

Founded by Joseph Winthrop Holley in 1903, Albany State University is just across the river. It is one of three Historic Black Universities in Georgia, and its students played a role in the Albany movement in many ways, including an attempt to integrate the former Trailways Bus Station, (now serviced by Greyhound), where visitors can continue in their footsteps imprinted in the sidewalk.

These and more details are also covered in the African American Heritage tour of Albany, which is held for groups by appointment. Call 229-317-4760 for more information.

Great flavor is part of every Albany visit, from traditional Southern restaurants to trendsetting local eateries. Peruse the listings for your own foodie finds. Albany has more than two dozen hotels, many of which include complimentary breakfast. One unique place to stay is RESORA, a cottage retreat, conference center and working farm. Here, guests can experience nature while bearing witness to Civil Rights history, social engagement, farming innovation and other healthy lifestyle activities. VisitAlbanyGA.com.