VISIT THE CITY WHERE VOICESELEVATED
A MOVEMENT.

During the Albany Movement, thousands of citizens attracted nationwide attention in the first mass movement in the modern civil rights era with the goal of desegregation of an entire community. When you visit the Albany Civil Rights Movement Museum, you’ll hear the stories, feel the songs and see the people who helped change the course of history. And gave momentum to a movement.

Through years of slavery, violent racism and segregation, African Americans sought to assert their own basic human dignity and be afforded an equal place in American society. In 1961 and 1962, the eyes of the nation were focused on Albany as the century-long struggle of African Americans in southwest Georgia to claim their civil and human rights came to a head. Assisted by nationally renowned activists, the people of Albany took a stand, determined to fight segregation through nonviolence.

On our walls, in our halls, in our archives and our programs, you will see everyday citizens who changed history with their courage, deeds and strength. 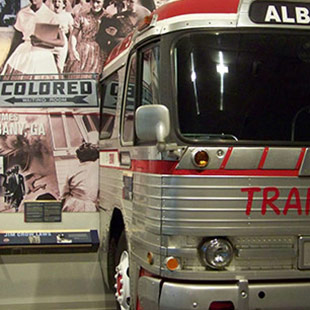 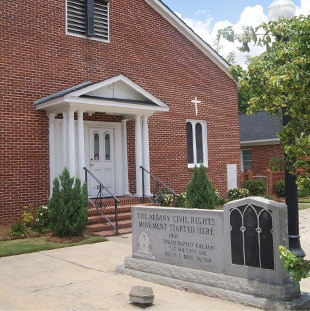 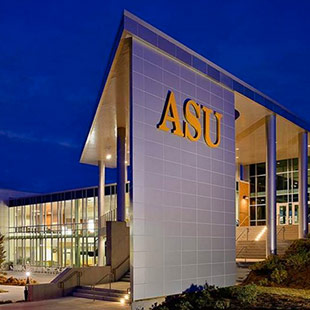 The Albany Civil Rights Institute allows visitors to experience the civil rights movement in southwest Georgia like never before. The legacy of those who have passed on and the stories of those who remain are now housed in a state-of-the-art facility where the past is joined with the future through visual, audio, and digital technology for all to see, hear and experience!

Your trip through the museum comes to a close in the Old Mount Zion Baptist Church Sanctuary where Dr. Martin Luther King Jr. spoke to a crowd of thousands in 1961. The first mass meeting of the Albany Movement was held in Old Mt. Zion Church on November 17, 1961. One month later Martin Luther King Jr. spoke to a crowd of 1,500 that overflowed the church, filling the streets and the Shiloh Baptist Church opposite. Due to the overflowing masses, he would make the same speech three different times that day between Old Mt. Zion Baptist Church and Shiloh Baptist Church. After the final meeting, Dr. King walked across the street to Shiloh Baptist Church and started Albany's Famous Civil Rights March to the Trailways Bus Station. Make the same journey by walking in Dr. King's footsteps, symbolically displayed in the sidewalk cement, and feel the dream of freedom on the streets of Albany.

While you're here, explore more about Albany's pivotal role in civil rights history. Drive through Albany State University, a historical black college, and see where history was made, enjoy a step on guide with 8 or more people and hear stories that will bring history to life.

Come for the sights.
Stay for the stories.

Big cities can be exciting, but sometimes you need to veer off the beaten path. To explore outdoor adventure surrounded by natural beauty. To savor southern fare made from scratch. And listen to locals share fascinating history and lore. You’ll find all that and more when you stay in Albany, GA.   Get Directions.